Sales down but condo prices still on the rise in GTA

Overall home sales in September were down in the Greater Toronto Area over the same time last year but condo prices continue to rise, according to figures released Wednesday morning by the Toronto Real Estate Board (TREB).

Even though listings were up by 9.4 per cent compared to September 2016, sales were down by 35 per cent, the TREB report said.

The B.C. finance ministry has reviewed a developer’s rent-to-own scheme that promises to help homebuyers “avoid paying the 15-per-cent foreign buyers’ tax” and found it doesn’t violate any law.

The Vancouver Rent to Own program from Apex Western Homes offers potential buyers a lease agreement on a home, with the option to buy within five years. That gives foreign buyers time to secure permanent residency or a work permit in Canada.

The real estate market in Greater Montreal matched September’s heat wave with sales reaching an eight-year high for the month.

The Greater Montreal Real Estate Board says 2,893 residential sales were completed last month, a six per cent increase from a year ago.

Four of the area’s five metropolitan areas sustained growth, led by a 17-per-cent jump in sales in Laval, north of Montreal.

Get Custom report includes accurate and up to date information here! 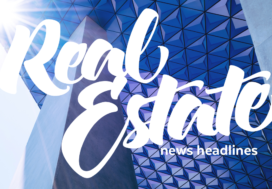