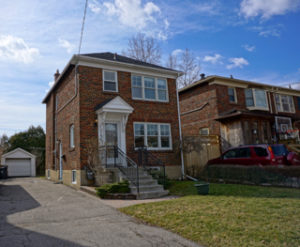 “We had received Jethro’s notepads and newsletters for quite some time. Friends in north Leaside had used him to sell their house, so we decided to give him a call when we decided to sell. We contacted two other agents, but once we met Jethro, we knew he was the right person for us.

We had lived in our Leaside home for 29 years, so we were out of touch with the selling process. Jethro impressed us from the get-go. He was thorough and outstanding with digital marketing, even our friends were impressed with the way he presented things. Though he’s well recognized in our neighbourhood, he’s someone you need to know to see what a treasure he is. I remember one day he drove past me while I was walking in our neighbourhood and he pulled over to chat. He’s just that kind of guy.

He’s sensitive, he’s caring, and he communicated with us often to make sure things were happening as scheduled. He also thought of the little things we wouldn’t have on our own. He covered everything.

During the negotiation process he handled himself, the process, and other agents very professionally. He generated several offers for us, one of which he represented. Even though he would have gained financially, he recommended we take another other offer as its terms were better for us. Integrity is important to us and this proved we made the right decision in choosing him to represent our interests.

Jethro is reliable, trustworthy, and set very realistic boundaries for us. He was knowledgeable not only about real estate, but also our Leaside neighbourhood. We highly recommend him and know he would work very hard for you too.”